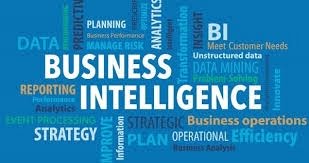 Reporting is an indispensable process for companies. Companies reflect their financial and operational performance in reports, these reports are analyzed and managerial decisions are taken in companies. Recently, this old-fashioned reporting logic is changing rapidly with what-if analysis, reporting that simulates the future, not the past, such as how we get results if certain parameters change. In addition, in the past, reports were taken, interpreted and action was taken manually. Now, especially when certain situations occur, an automatic report is created and the relevant persons are informed or alerted. Manually accessing a report qualifies as pull, if a report comes to you in a particular situation, it qualifies as push.

While the reporting logic has changed, SAP business intelligence products that offer reports in this logic have also changed and diversified. Previously, there was a data warehouse called BW, and reports were made by filling the cubes in it. During the night the chains would run and the BW cubes would be filled. BW is now obsolete, as a product has come to the end of its life, we can say that BW on Hana has revived a little bit.

At a time when more flexible reports and visuality came to the fore, it acquired SAP Business Objects. Business Objects (BO) met the needs of visual reporting that managers would like, such as dashboard reporting, reporting on maps, charts. But there was only one problem, it was taking too long to build these reports. For example, if you were going to make a report in Design studio, you had to be able to script well and write scripts for all the buttons and functionalities in the report. A detailed cockpit screen usually appeared after weeks of work in Design Studio, and the scripts had to be reworked for the slightest change.

Web Intelligence (WEBI) was often used for simple reports. SAP is still investing in WEBI and we can say that it has reached the level where it can even make dashboards in its newly released versions. We made a report that was opened in 5 minutes in Design Studio again with WEBI, of course, we made some optimization while gathering data, and brought the report to a usable level. You can see the latest innovations in the product here.

After the clumsiness in design studio, we came across SAP Lumira (wiki) and of course its purpose was to enable the creation of dashboards not by IT professionals, but even by end users. However, the cloud began to be supported. In fact, SAP gave very clear signals that it would go to the Cloud at the beginning of the 2010s and started to convert its infrastructures to the Cloud.

I share with you a nice article for the comparison of Lumira and Design Studio:

The breadth of the SAP BI product family and the different capabilities and limitations of each product have led SAP to simplify these products. Instead of supporting and keeping all products alive, SAP implemented the BI Convergence strategy in order to reduce the number of products and not lose their functions while doing these. Thus, the number of products has been reduced and even Design Studio has been brought under the umbrella of Lumira.

We said that Cloud started to be supported, of course, it was inevitable that a Cloud-specific product would come out. You can find a more detailed article about SAP Analytics Cloud ( SAC ) here. 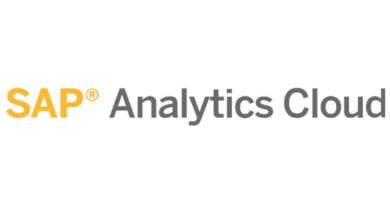 We use cookies so that we can give you the best experience on our website. If you continue to use this site, we assume that you accept it.OK